***This post is part of a sponsored campaign with BSM Media.  All thoughts and opinions are my own.*** 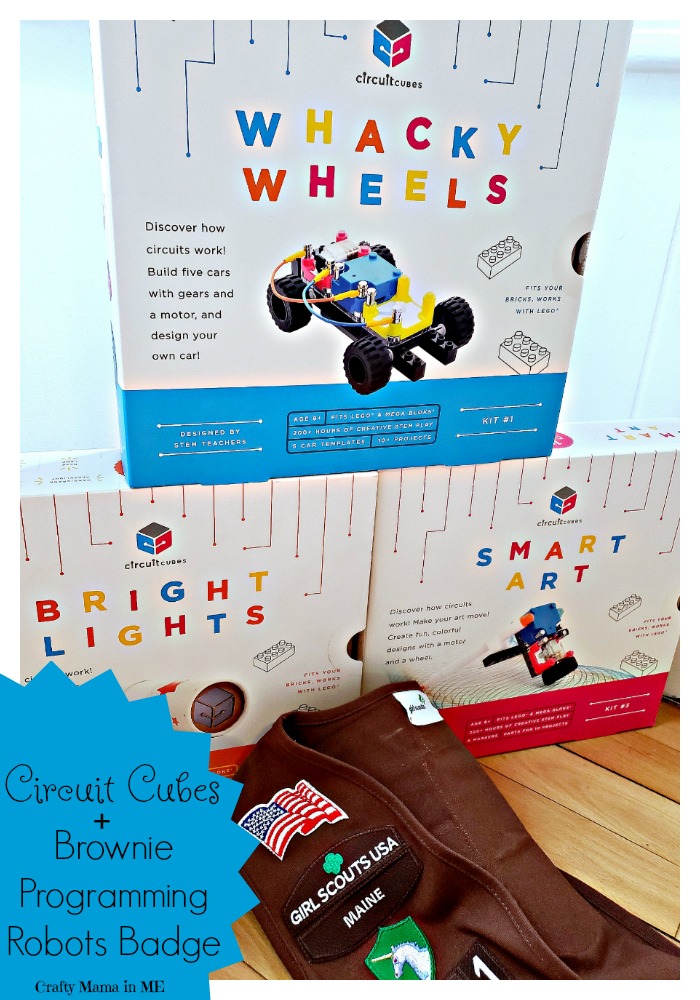 Do you have a daughter in Girl Scouts?  Or are you interested in possibly having her join in future years?  You definitely should!  Some people consider Girl Scouts outdated and that they only teach girls how to sew and do other domestic tasks.  That couldn’t be further from the truth.  This is my third year as my daughter’s leader and the badges they have now are amazing!  The girls still can earn some of the older patches (called legacy patches now) but also have the opportunity to focus on a lot of STEM learning (STEM = Science, Technology, Engineering, Math).

This year we had the girls chose the journeys they wanted to earn (a journey is a set of patches that go together and focus on a specific learning area).  We weren’t surprised at all when they chose the engineering journey as their first badges to work on.  We had a ton of fun engineering pumpkin catapults, marble runs, and more!  I had the opportunity to receive three Circuit Cubes kits this spring and to use them with my troop.  I browsed the Brownie badges and new instantly that they would be perfect to tie in with the Programming Robots Badge.  The girls were ecstatic when I told them we were going to learn about programming robots and also get to build some as well!

The Brownie Robotics program is progressive and will result in the girls earning three different badges when they complete all of the requirements.  Download your own copy of the badge requirements by clicking the image below: 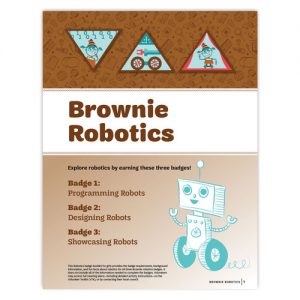 The meeting before we really started learning about Programming Robots I let the girls know that our next patch was going to be about robots.  I asked the girls what a robot was and what they did.  We also had the girls share some of the robots they knew – like R2D2, Wall-E, and Roomba!  I loved hearing the ideas they shared.

Our first official Programming Robots meeting started by having the girls pair up – one was a robot and and one was a programmer.  The programmer had to tell the robot step by step how to do something and robot had to act out only the actions they were told.  We talked about how robots follow an algorithm, or step by step instructions.  Next we learned about coding and did an activity called Paper Programming that came from the Girl Scout Volunteer Toolkit (if you are a girl scout leader you have access to this).  The girls struggled with this step when we had them try it individually so we worked as a large group.  I would provide the verbal instruction and they would follow it and fill out the appropriate squares on their blank 4×4 grid.  At the end we checked to see if they completed the right pattern.  By the end of the session they were all doing really well.

Finally we got out the Circuit Cubes so the girls could build their own robots.  The kits help them create very simple machines that only complete one task.  The girls broke up into three engineering teams and set to work! 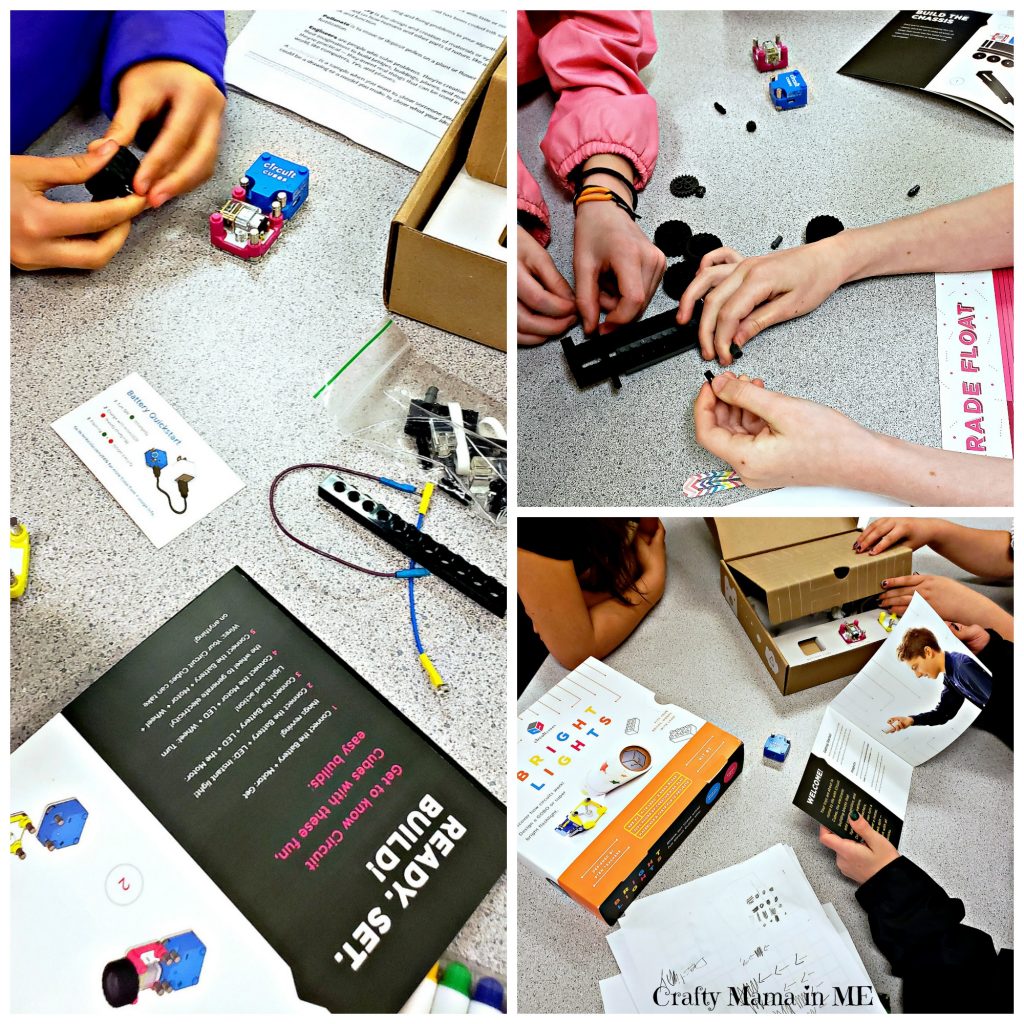 We had one group working on the Whacky Wheels kit.

Another group worked on the Smart Art kit.

The third group worked on the Bright Lights kit.

The girls had a lot of fun in a short amount of time – we only had about 30 minutes for them from opening the kits to the end of our meeting.  They worked well together in their groups and all succeeded in following the directions to create at least part of the object they picked.  The Smart Art group was the only one that full completed their robot and all of the girls had a chance to look at it before we picked up (and they all want to use that kit at the next meeting!).  The instruction books were a little difficult for their age range (7-9) but with adult assistance we figured them out! 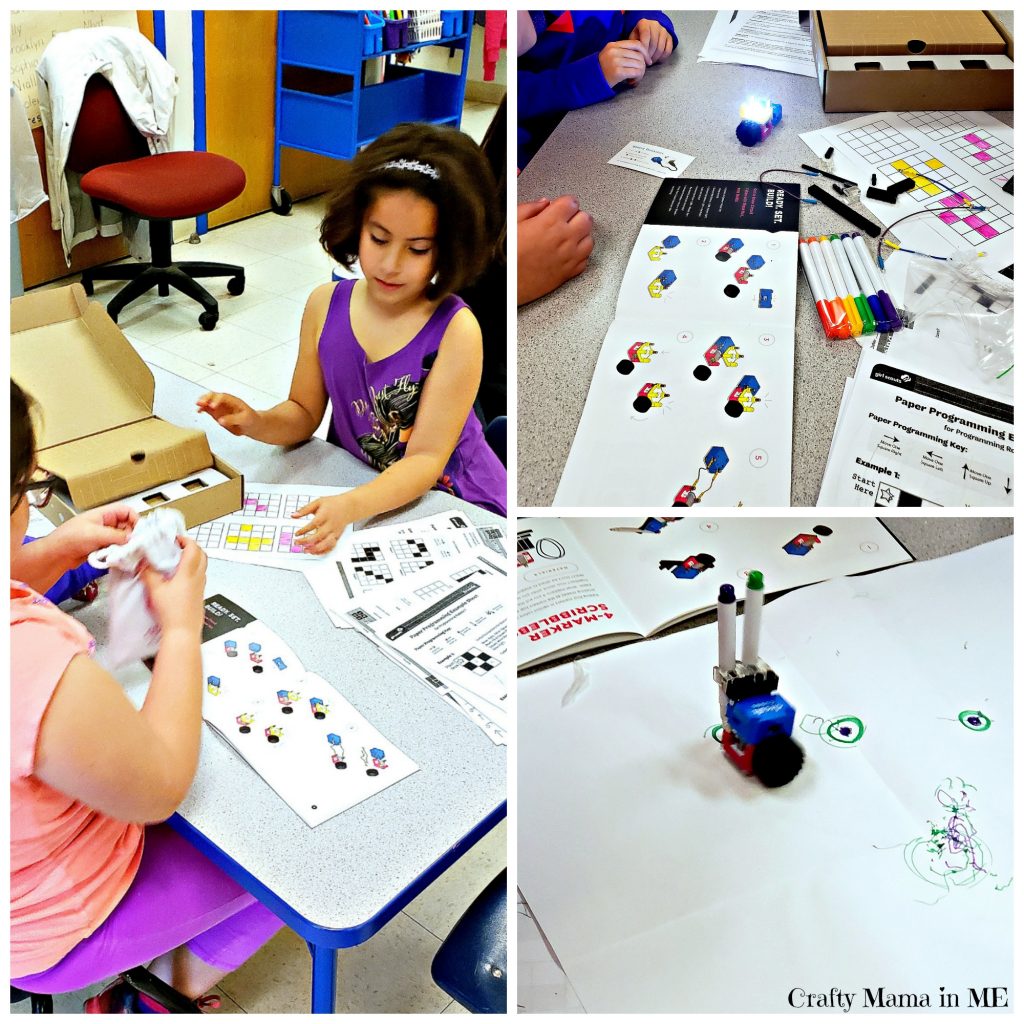 We will continue working with these kits at our next meeting as we conclude the badge requirements for Programming Robots.  The girls will also get a chance to write their own code for a robot next week as well as pretending to be robots following instructions in a maze!

I love helping expose my daughter and her friends to such cool activities.  Supplementing the Girl Scout programming with such awesome tools like the Circuit Cubes is a sure way to interest the girls and encourage them to want to learn about STEM.