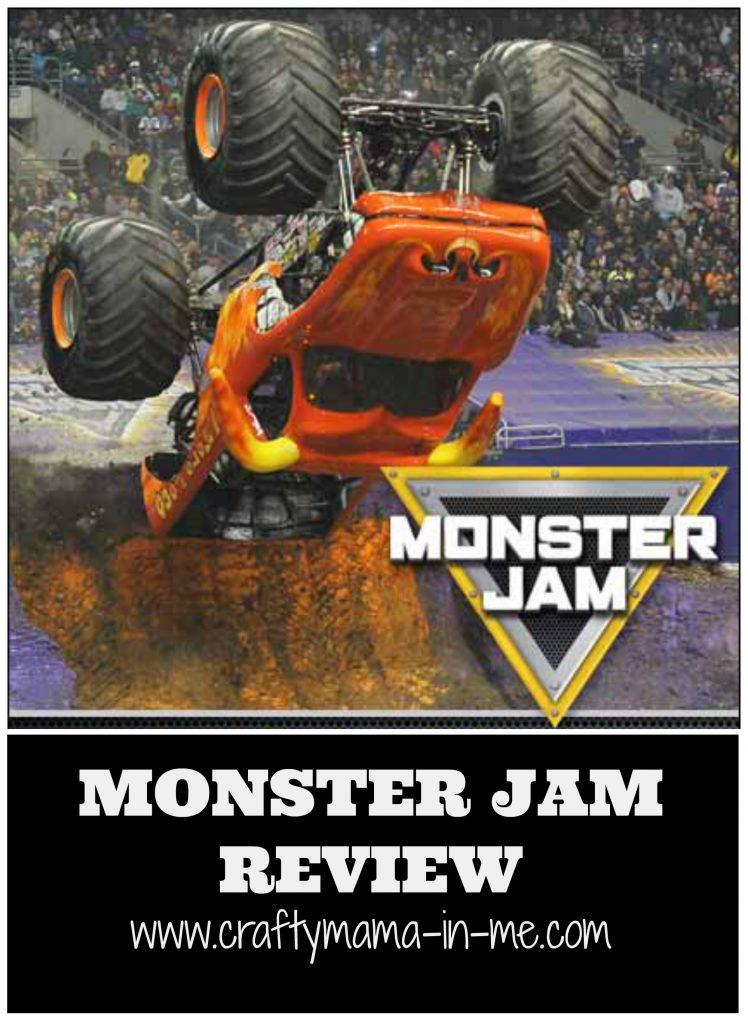 Are you looking for a fun family adventure?  I don’t know that previously I would have put Monster Jam in my category of “Must-do” but after seeing my first Monster Jam show last night I think I’m hooked!  This is coming from a mom who isn’t into cars or anything like that but I really enjoyed watching the Monster Trucks perform!  Read on for in my Monster Jam review to see what my favorite part of the night was (hint…if you follow me on Instagram you probably already know!!).

We arrived a few minutes last as we attended my son’s pre-k rainbow celebration (pretty much a year end concert/graduation ceremony).  We rushed to park, pick up our tickets and find seats.  We arrived just in time to see the wheelie contest.  I honestly didn’t know what to expect from a Monster Truck show and was quickly impressed!  I never knew the trucks could go so high in the air or do such crazy maneuvers! 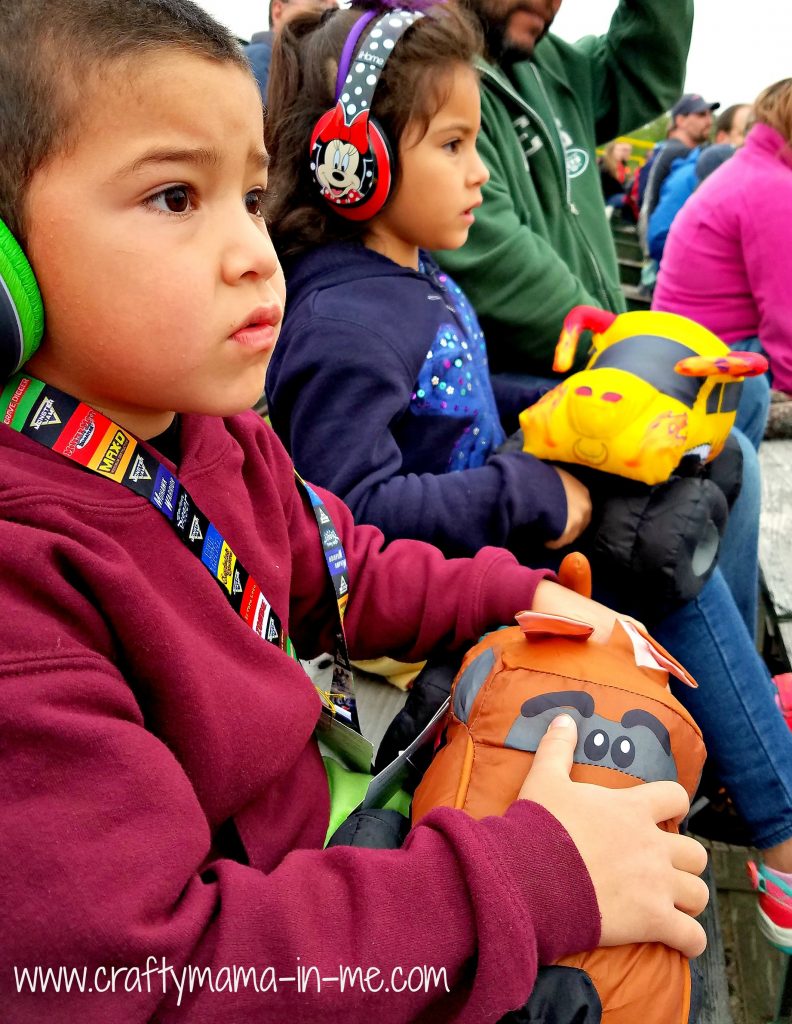 There were judges for each contest but I honestly didn’t pay much attention to the scores – I was too busy being awed by the trucks.  I took more videos than pictures honestly because I was so excited while watching! 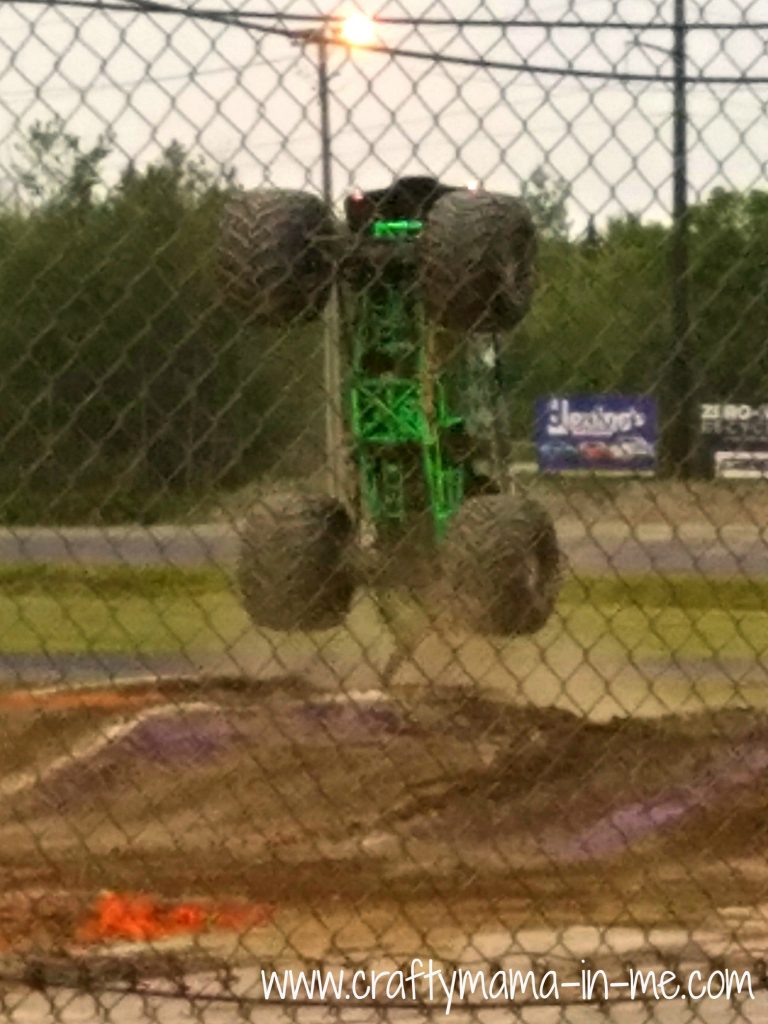 A few trucks flipped in the wheelie contest or got stuck on their bottoms – it was really cool to see the tractors and other equipment come rushing out to flip them back over.  See one of my videos below.

Next we saw some four wheelers race and then headed to an intermission.  I’ve got to tell you the other amazing thing I found about this event – the lines were shorter for the women’s room then the men’s!!!  Where does that ever happen?!?!  At Monster Jam!

After the intermission we headed back and they started the donut contest – if you had already been following me on Instagram you would know that this was my favorite part of the night!  I captured my kids favorite truck – Scooby Doo on video and share it below.  It was amazing how fast they could spin and that their wheels would even lift right up off the ground (I honestly questioned how the drivers could spin that quickly and not get sick – they must have some trick!).

The finale of the show was a freestyle competition – the trucks could basically do whatever they wanted and whoever had the best run according to the judges was named the winner.  I liked this round as the trucks combined a bunch of tricks, most included jumping and wheelies and some even included my personal favorite – donuts!  The drivers really went all out to put on a great show.  After all of the drivers finished their freestyle run the winner was named – it was Grave Digger!  All of the trucks came out for a victory lap which you can see below.

The trucks stayed parked on the track after the victory lap so I got a few cool pictures.  Of course the family favorite is of Scooby Doo! 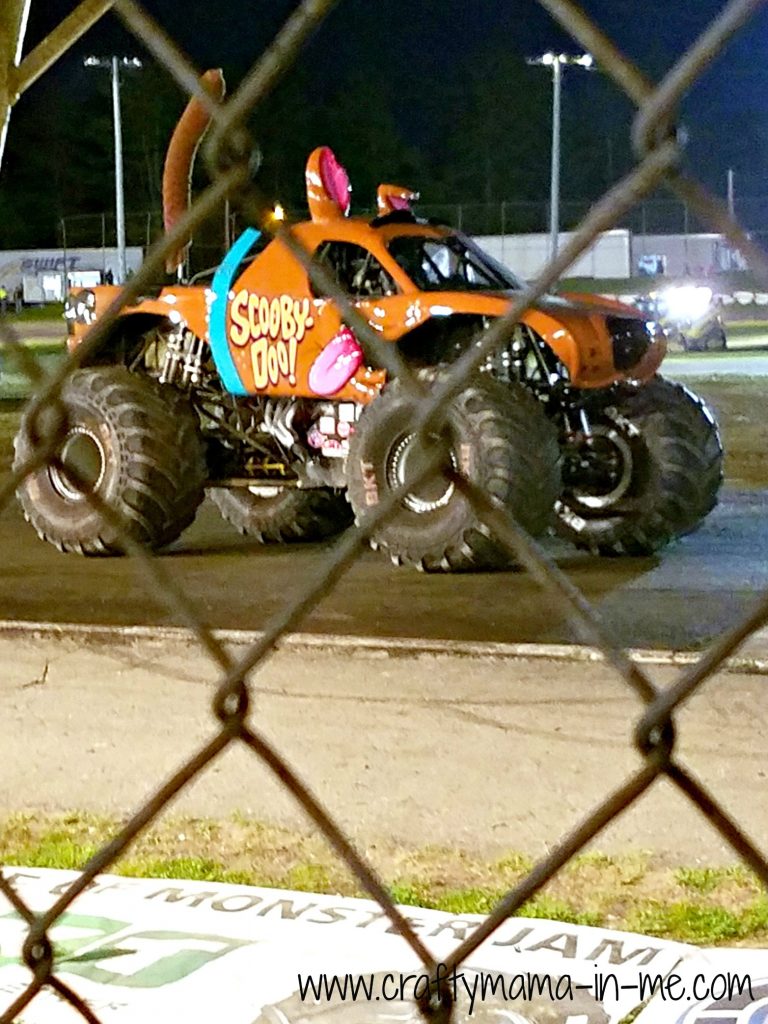 After the show we stayed to get autographs from the drivers.  Boo Boo only wanted El Toro Loco and Scooby Doo and was really suprised to learn that both drivers were women (Girl Power!!).  Buddy got signatures from all of the drivers. 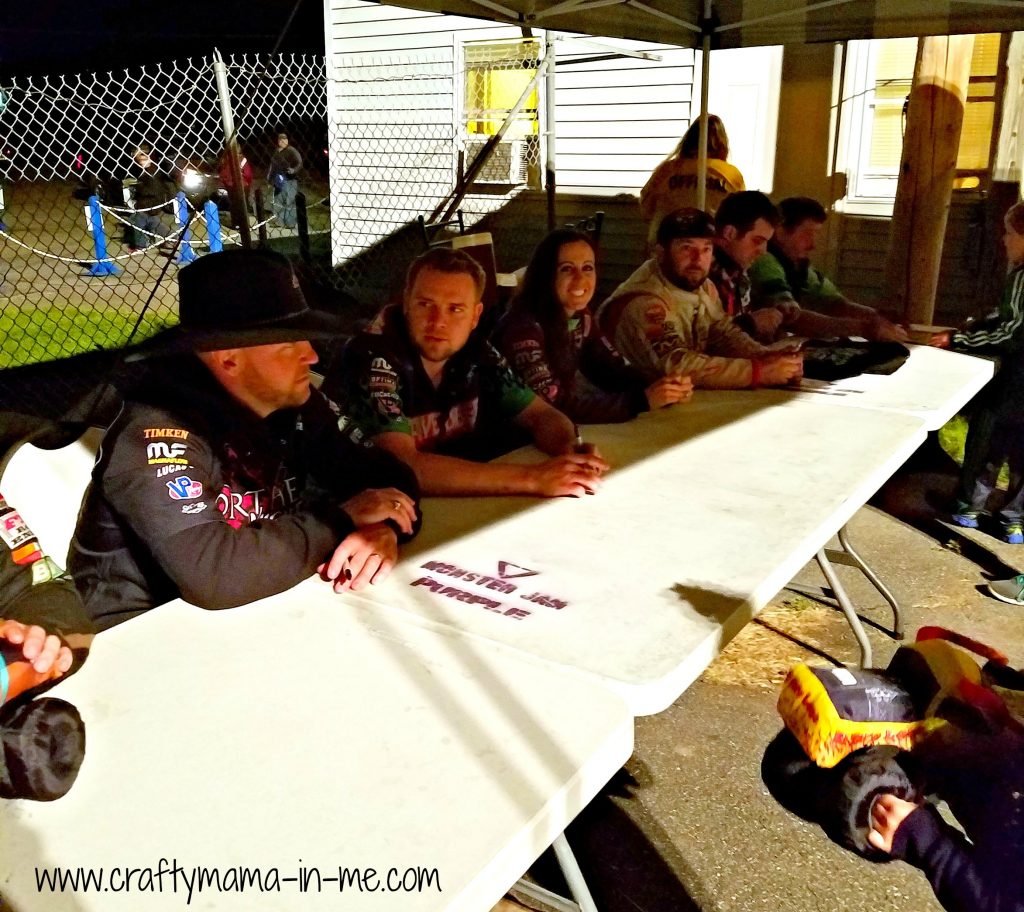 The kids had a great time and both my husband and myself were thoroughly entertained.  We had a great night out as a family.  If you have a chance to go see Monster Jam I would definitely recommend it.

***I am a Feld Family Ambassador, and in exchange for my time and efforts in attending shows and reporting my opinion within this blog, as well as keeping you advised of the latest discount offers, Feld Entertainment has provided me with complimentary tickets to Feld shows and opportunities to attend private Feld pre-Show events.***