Who would ever think that a group of kids from Maine could raise enough money to go on their class trip to Disney World?  Probably not many people thought we would succeed.  But my class, the class of 2000 set a goal and we achieved it!  We did so many fundraisers people probably saw us coming and wanted to run 🙂

I grew up in rural Maine and our class consisted of around 50 kids – not everyone went on the class trip but the kids that did busted their butts to make this happen.  I’m honestly glad that we did because at that point there were some kids in my class that had never left the state of Maine, much less flown on an airplane.

Here we are lined up in front of the school bus on our way to Portland for our flight to Orlando.  Once we got to the Orlando airport we were picked up by a Disney bus that took us to our Resort. 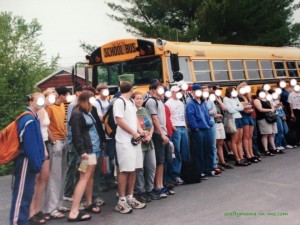 We stayed at the Disney All Star Sports Resort and had a dining plan.  So basically our fundraising covered transportation, flights, lodging and meals.  Anything else i.e. souvenirs or additional food were on us. 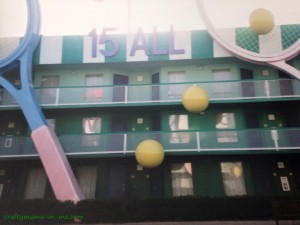 We pretty much had free rein on this trip – we were split into smaller groups (4-6 kids per chaperone).  We had to meet the chaperones at designated times but other than that were free to explore the parks as we wanted.  We all had a blast!  This was my first time to Animal Kingdom (it opened April 22, 1998). 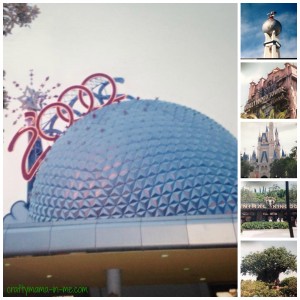 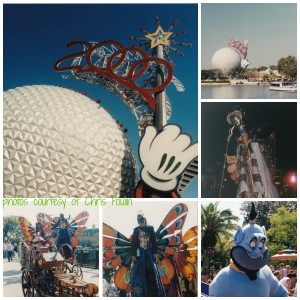 This was our last adventure as a group before we all split up and went our own ways – I’m glad that we worked so hard to have this time together!  It was fun to explore the parks  and see them through more as an adult than as a kid on vacation with my parents.  I loved my time in Florida and said that I would go back again.  At this point I didn’t know anything about the Disney College Program – let alone the fact that I would be moving to Orlando and working at Disney in less than 2 years time.