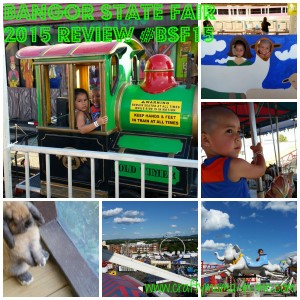 ***Disclosure: I received a family four pack of tickets to this event to promote it. No other compensation was received and all opinions are my own.***

The kids and I had been eagerly waiting for the fair to start so its no surprise that we attended on opening day!  With younger kids we usually plan to head to the fair on a weekday when it opens.  A) that provides us with a longer time to have fun before bedtime and B) it gets us out of the fair before the teenagers take over!!

The fair opened at 2pm and we headed in around 3pm.  We parked on the infield for $7, there was also an option of VIP parking for $10 or you could try to find street parking or someone selling parking in their yard.  When we paid for our parking we received our admission bracelets as well (click here for admission prices).

We walked straight across the infield to the entrance and headed in for some fun!  We decided to head straight up to the agricultural part of the fair first. The kids (and me!) love to see the animals.

On our way we saw The Santa Croce band performing – they sounded great but the kiddos were not stopping.  The next thing we encountered was the Great Maine Lumberjack Show – the kiddos did sit down for about 5 minutes of that show.  We were impressed with what we saw! 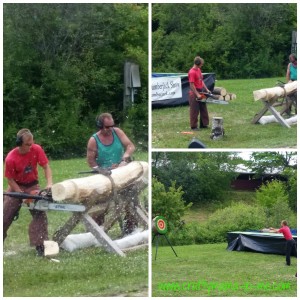 After that we finished our walk to the agricultural area.  We started in the Backyard Circus area and saw some pretty awesome animals!  Next we moved on to the rabbit tent – we had been talking about getting a bunny so we spent a lengthy amount of time visiting.  We moved on to see the cows and then Old McDonald’s Farm. 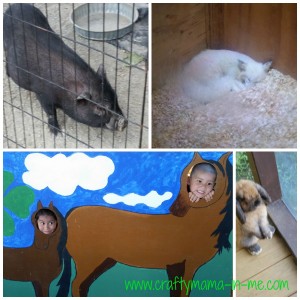 When we finished with the barns the kids were dying to go on some rides.  One of our favorites things about the Bangor State Fair is that you get unlimited access to the rides with your wristband.  At most other local fairs you have to buy tickets and that can end up being really costly with kids that want to go on every ride multiple times.  Its nice to not have to say no and just really enjoy our time. 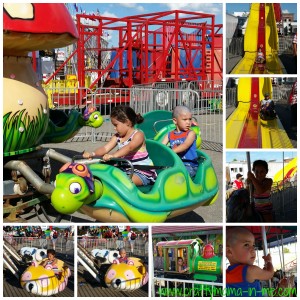 The kids went from one end of the fair to the other going on rides over and over again if they liked them as there were no lines.  Around 5:30 we stopped and had dinner and around that time the crowd starting picking up.  There still weren’t any lines at the little kid rides but the other rides were starting to get much busier (the teenagers had arrived!).

The kids went on some more rides and we headed out towards the exit to buy some cotton candy for the kids and a doughboy for me!  I shared with hubby but he only had a few bites so mostly it was my delectable treat 🙂

We headed for the car with treats in hand when Hubby said “I can’t believe we are leaving without a bunny”.  I stopped and asked “you really wanted one??  If so we can go back and look and get one”.  So off we trekked back to the rabbit tent and about an hour later we headed out with a beautiful 3-1/2 month old Holland Lop Tort doe that we named Clover. 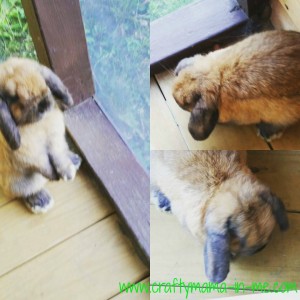 So all and all our fair experience was awesome!  We had a ton of great family fun.  It’s fun to look back on our memories of past years and how much the kids change from summer to summer.  We used to have to go on the rides with them and now they both can go on pretty much all of them without us.  Its so fun to see them venture out.

The weather was beautiful when we visited on Friday – it was hot but there was a steady breeze and some clouds that provided occasional shade.  Much better than the previous year when it was hot without any clouds or breeze.

The fair runs this year until August 9th – find more information by clicking below: 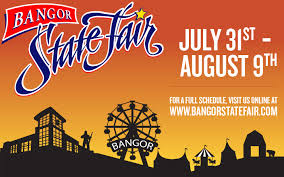 ***Disclosure: I received a family four pack of tickets to this event to promote it. No other compensation was received and all opinions are my own.***