Our first Disney day on vacation was spent at Disney’s Hollywood Studios.  We planned this because we wanted to celebrate Buddy’s third birthday with a character lunch at Disney Jr Play n’ Dine at Hollywood & Vine.  This was the day prior to his third birthday as we were planning a pool party for the next day with some of our local friends and family.

I had booked fastpasses for Toy Story Midway Mania, the Frozen Singalong and the Disney Jr show.  In hindsight I would not have booked the Disney Jr show as you are pretty much guaranteed getting in (at least in non-peak times).  There really weren’t many items there that you needed the fastpass for that you could do with little kids.  Traveling with an almost three year old and a four year old we geared our time at Disney to things they could do.

We started the day bright and early and headed in to be at the park when the gates opened.  As my research had told me we headed straight to Toy Story Midway Mania – but we got sidetracked – right next door is the character meet & greet for Buzz and Woody.  Buddy is a HUGE fan of all the Toy Story movies and his favorite character is Woody (or Toody as he called him when he was little :)).  We got right in the line and waited between 15-20 minutes.  The moment Buddy saw Woody made every dollar we spent on this trip worth it! He was in heaven – he hugged Woody for at least two – three minutes straight and only let go because we told him it was time.  He then hugged Buzz and got pictures taken. 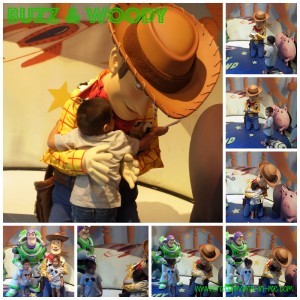 After we met Buzz & Woody the line for Toy Story Midway Mania was getting quite long so we headed back over toward the Great Movie Ride.  My husband got in line and the kids, my mom and I ran over to meet Pluto who was standing right outside the queue (I know – I was one of those people – life changes when you have kids – what can I say).  We went on the Great Movie Ride – the kids enjoyed it – the part with the Aliens we covered their eyes and snuggled them because they were scared but other than that they liked it.

After the Great Movie Ride we found a spot to watch the Frozen Summer Fun Procession.  I was very excited when I found out they had extended Frozen Summer Fun until September 28th as I really wanted to see it.  The kids were excited to see Kristoff, Ana and Elsa. 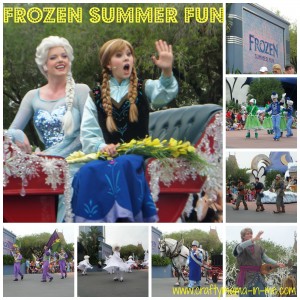 After the mini parade we headed over to Hollywood & Vine for our lunch reservation.  While I checked us in and got our pager the kids went with Hubby and my mom to see Chip and Dale and Goofy.  This character dining experience was another highlight of the trip for me – the kids watch Disney Jr quite often so they knew all the characters and were just so happy as they all came to greet them at our table.  The buffet is pretty good as well – there is a good selection so even the pickiest of eaters can find something (even if its on the kids buffet!).  The dessert selection is amazing.

Our server was very attentive and made sure that Buddy got a birthday card signed by the characters.  She also got us to-go cups with the sodas we were drinking which I thought was pretty awesome as they cost so much out in the parks.  The kids really enjoyed getting up and dancing with the characters and joining in the conga lines.  I would recommend this character experience to anyone that has kids that love Disney Jr. 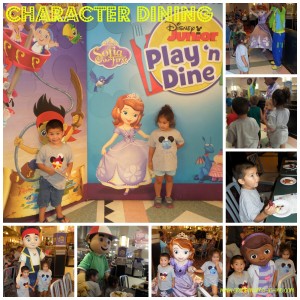 After lunch we had a fastpass for Toy Story Midway Mania and went off to ride – it was a blast – before the day was over we ended up riding it three times!  It would be nice to see a few more kid friendly rides added to the lineup at Hollywood Studios to breakup all the shows.

We crossed the park again and used our fastpasses for the Disney Junior – Live on Stage show.  The kids liked it as they love those shows – I didn’t know that it was done with puppets so I was surprised about that but thought it was cute.  As a grown up I also wasn’t super thrilled about sitting on the floor but it was fine once my leg woke up when we stood up!

At this point – Hubby had reached his max quota of Disney for the day.  My mom stayed with the kids and watched the Voyage of the Little Mermaid while I drove him back to the house.  We met up at the Baby Care Center at the front of the park (it is tiny here so I wouldn’t recommend using it unless you really need to).  By this point the rain that had been threatening had started and was starting to make the afternoon a bit dreary.

We headed to the back of the park for the Frozen Sing-along and barely made it in (we had missed our fastpass time during our lunch – I would recommend blocking out about two hours for lunch – which I didn’t do).  We made it in just as the show was starting and of course ended up having to leave during because both kids had to go to the bathroom – luckily they let you back in!  The show was cute – the kids enjoyed singing along. 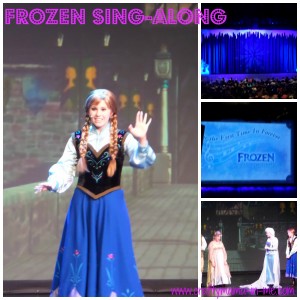 We had planned to stay until it was time for fireworks to see the special Frozen display but the rain had picked up and the kids moods had drastically declined.  We rode on Toy Story Midway Mania for the last time and started making our way out of the park. 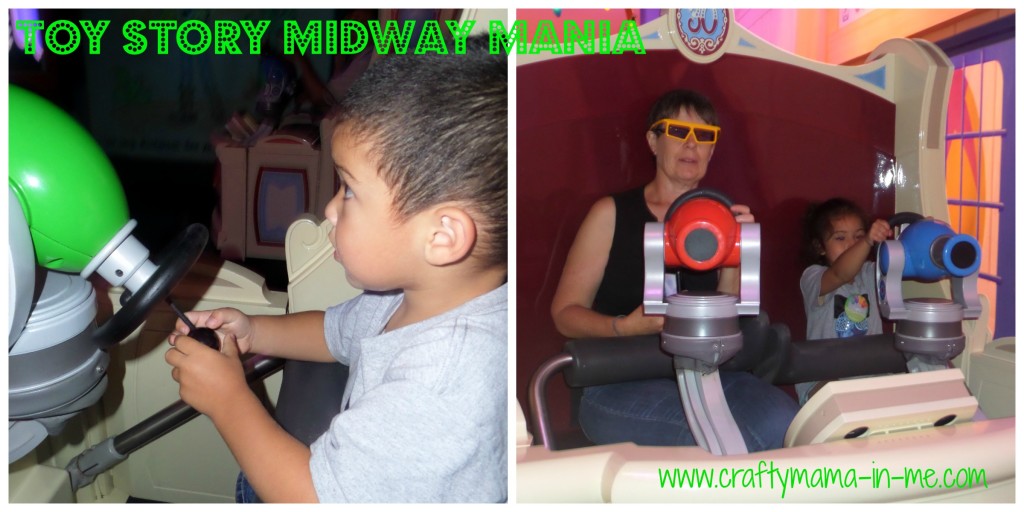 We made a pit stop under the hat (I’m having a nostaligic moment right now) and bought Buddy a stuffed Olaf and Boo Boo an Ana/Elsa doll.  The rain definitely put a damper on the day at the end but we had so much fun!  Our next few days we had a pool birthday party, went to the beach and visited Blizzard Beach.  Check back soon to see which park I write about next!