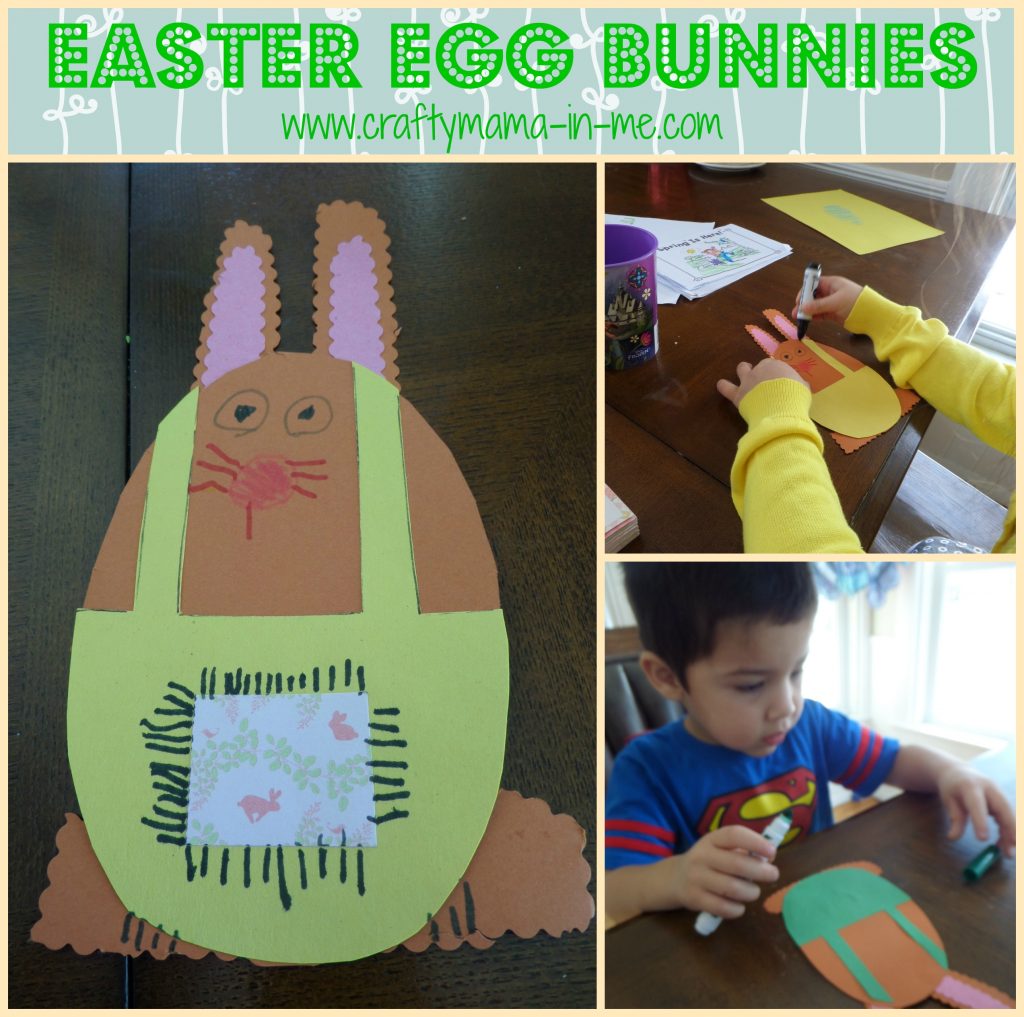 Today I went to Pinterest for inspiration for an Easter project to do with the kids.  I was looking for something fairly simple as I wanted to do it shortly after I found it.  I found these Easter Egg Bunnies and thought they would be cute to make.  Buddy was playing with his grandmother and I had Boo Boo come to the table to do her own cutting while I cut Buddies shapes out myself. 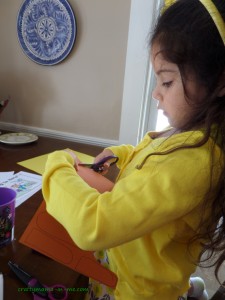 First I drew the shapes I wanted to cut onto construction paper to make cutting them easier for Boo Boo.  Next I cut Buddies and Boo Boo cut her own.  I traced the egg shape onto the each kids colored paper and cut out overalls. 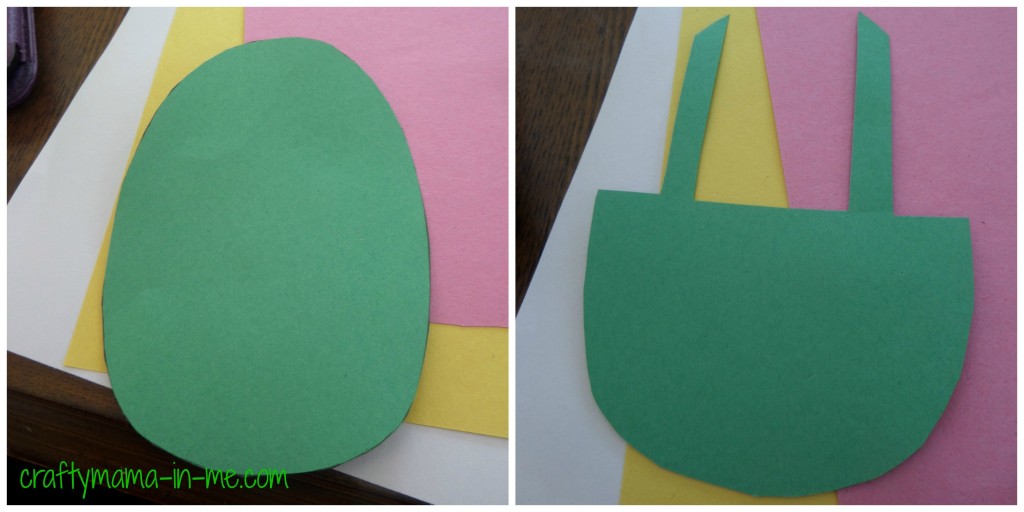 Once we had all of the shapes cut out (I used the scalloped egg scissors for the ears and feet) I called Buddy to the table.  Each kid had a glue stick and they started gluing the pieces together.  They did the ears first, then attached the overalls, the feet, and the ears. 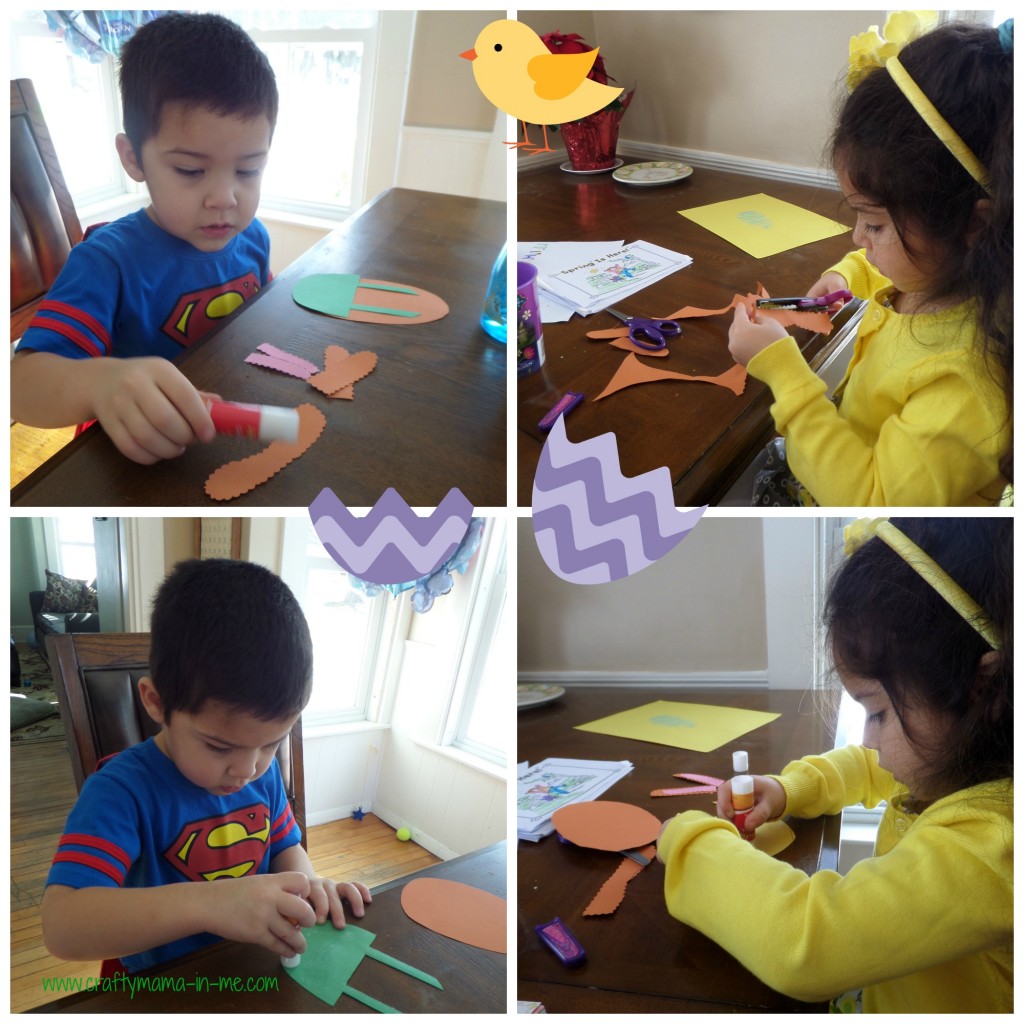 After they finished attaching all of the pieces they picked markers to make faces and draw the lines for the toes on the feet.

Then they used their glue sticks again and attached a piece of fancy cardstock as a patch on the front of the overalls.  I only got a finished picture of Boo Boo’s because Buddy said his was for his father and left with it rather abruptly. 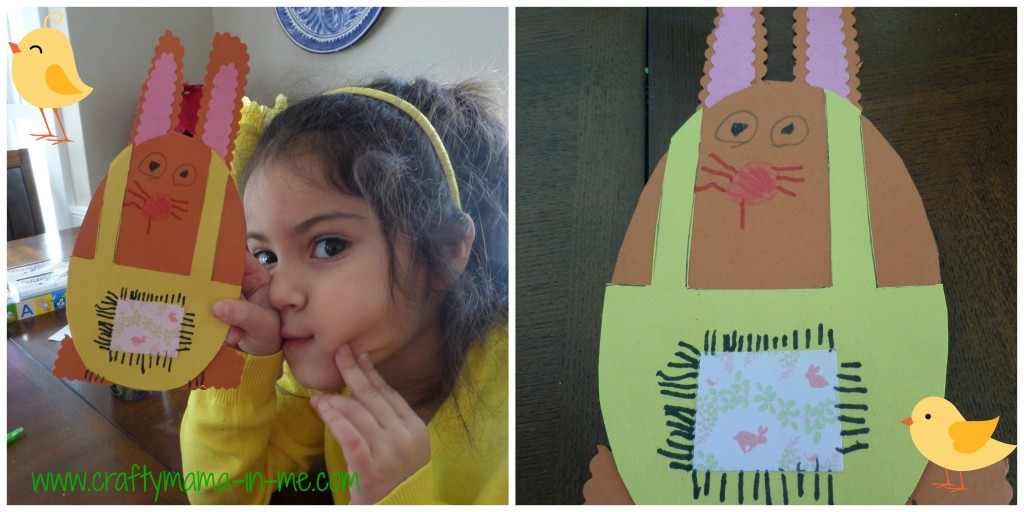 These would be really cute for kids to make as Easter cards for friends or family.  They take a bit of prep work but we had these done in under 30 minutes.  If you had all the pieces cut out and they were only gluing and decorating they would finish even faster.  I enjoy these projects a lot – they get more fun each year as the kids get older and they become more independent.