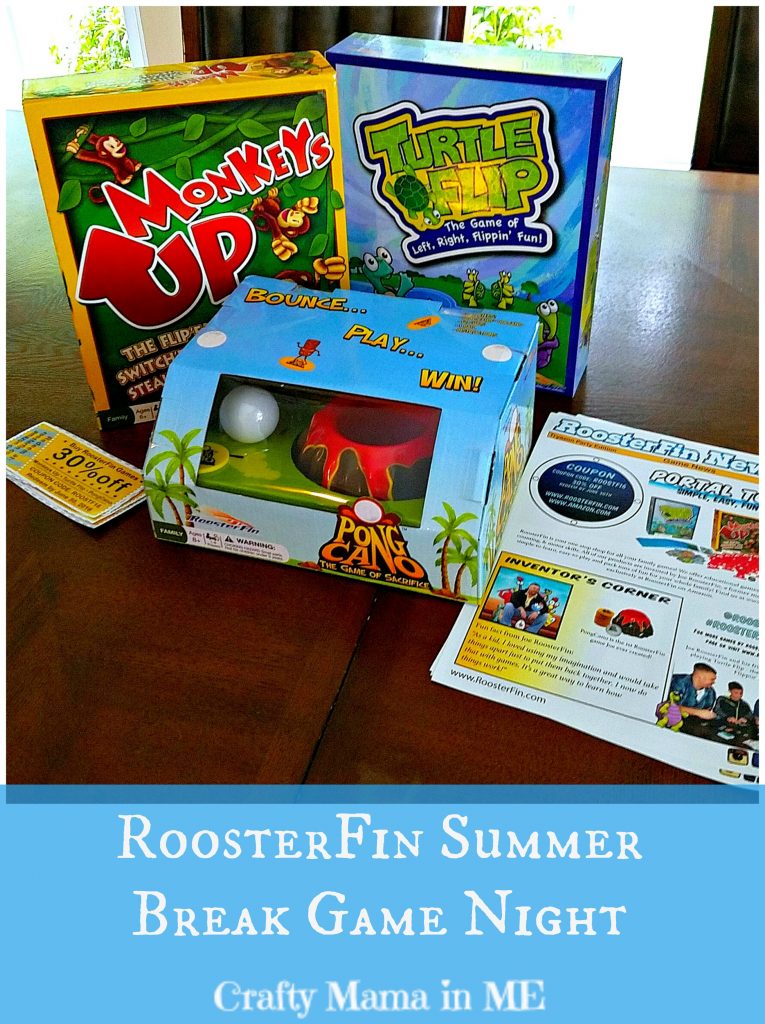 School’s out for summer!  What better way to celebrate than with a RoosterFin Summer Break Game Night?  We invited some friends over and hosted a pool party and game night.  The parents mingled, the kids played and fun was had by all!

I received a party pack of three RoosterFin Games from Tryazon.  We tested them out as a family beforehand and had a blast so we knew that everyone would really enjoy them at the party!  Read below to find more information about the games and to hear which was the party favorite! 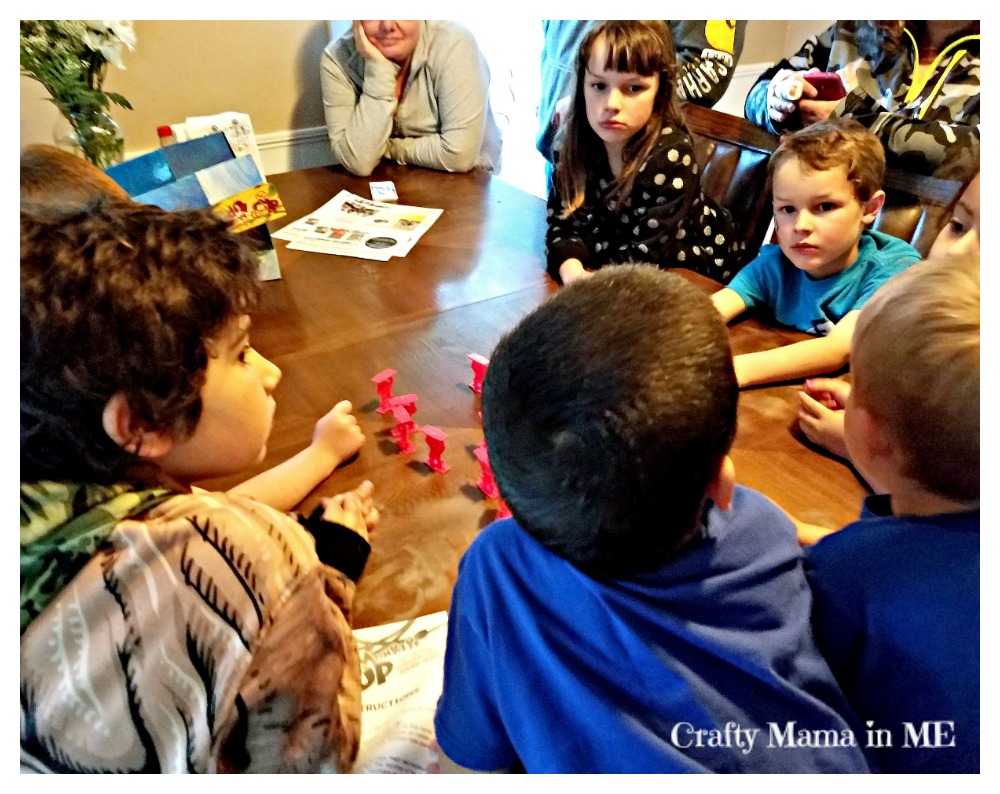 The kids really enjoyed this game – we had a big group so we modified the instructions a bit and it still worked perfectly.  The kids liked planning to take the higher number monkeys and trying to see who would win.

See information from RoosterFin Games about Monkeys Up™ below:

HOW TO PLAY: Monkeys Up™ is the game that will have you going bananas! Players compete to get the best score by flipping, switching, and stealing monkeys. Each monkey has a value hidden under its feet that is only revealed when flipped. Victory will come to the player who switches, steals, and flips the best. You will find yourself laughing head over heels until all of your monkeys are up! 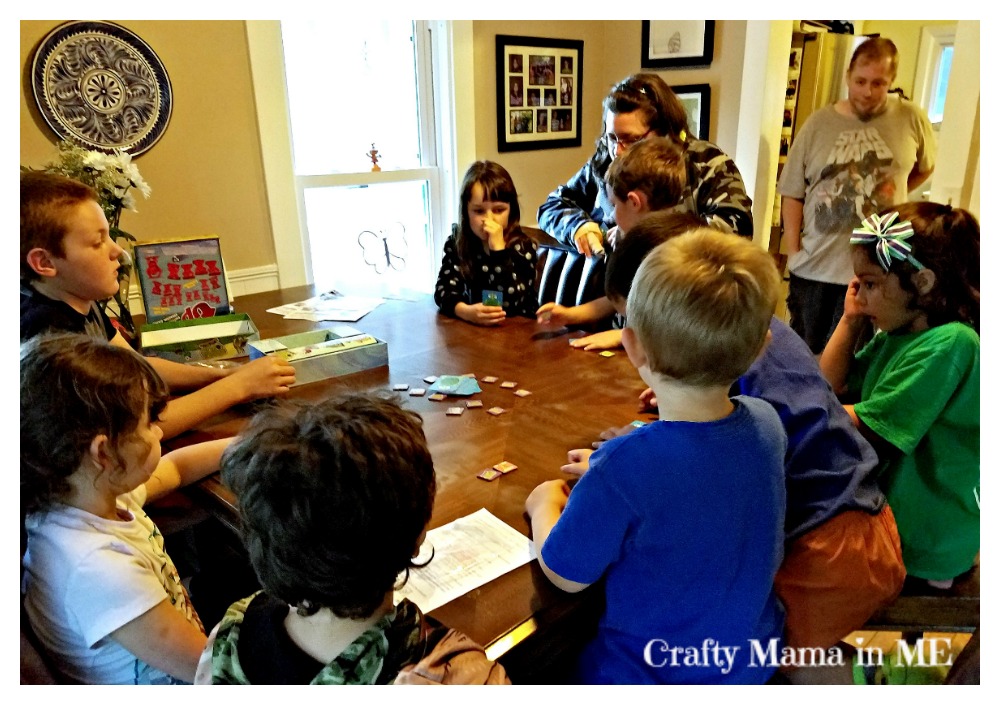 The kids enjoyed playing Turtle Flip.  I love that it will help the younger kids learn their left and right as a lot of them still struggle with left and right at that age.  The kids had a hard time keeping their cards numbers to themselves so everyone knew who had the highest number and they all tried to get it if they could.  We took this game with us to camp after our party and even my grandmother played with us and enjoyed it!

See information from RoosterFin Games about Turtle Flip below:

HOW TO PLAY:  All players are part of the action in this fast-paced card game of left, right, Home Parties 7 flippin’ fun! The game is a classic memory game with the twist. Is easy to set up and will have your family laughing in minutes. The object of the game is to win FLIP tokens by playing high numbered cards. It is like a game of hot potato or musical chairs. The player left with the best card when they stop moving wins! 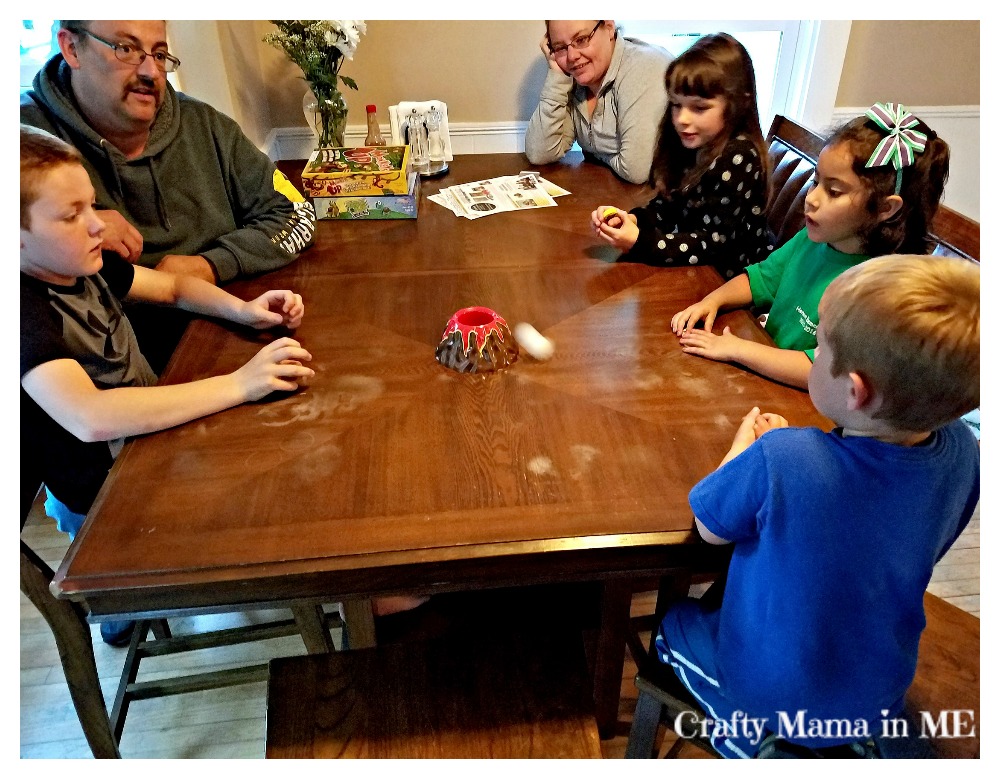 I saved our favorite for last!  The kids absolutely adored this game and some of them played it until their parents said it was time to go.  The kids loved the idea of bouncing the ball in and winning all of the coins.  They all struggled to get the ball in but tried again and again and were so happy when they finally succeeded.  I love that this game helps the kids fine tune their hand-eye coordination in a fun way.

HOW TO PLAY:  It’s game time! The villagers are competing in the great games. Join them in their quest to bounce the ball into the PongCano™ volcano. But be careful, when you miss, you must sacrifice your precious gold coins into the volcano. Bounce best to win coins and ultimately be crowned PongCano™ champion! PongCano™ is the fast paced skill game that keeps players erupting with laughter!

Our party was a lot of fun and the parents were all interested in the games and were excited to take home coupons.  We celebrated the start of summer and enjoyed spending time together in a fun setting.  It may have been a chilly night in Maine but the kids still went in the pool, jumped on the trampoline and roasted s’mores before heading inside to play games.   My kids are excited to have the games to play again and again!

***I received a party pack courtesy of Tryazon to host a RoosterFin Game Night – all opinions are my own.***