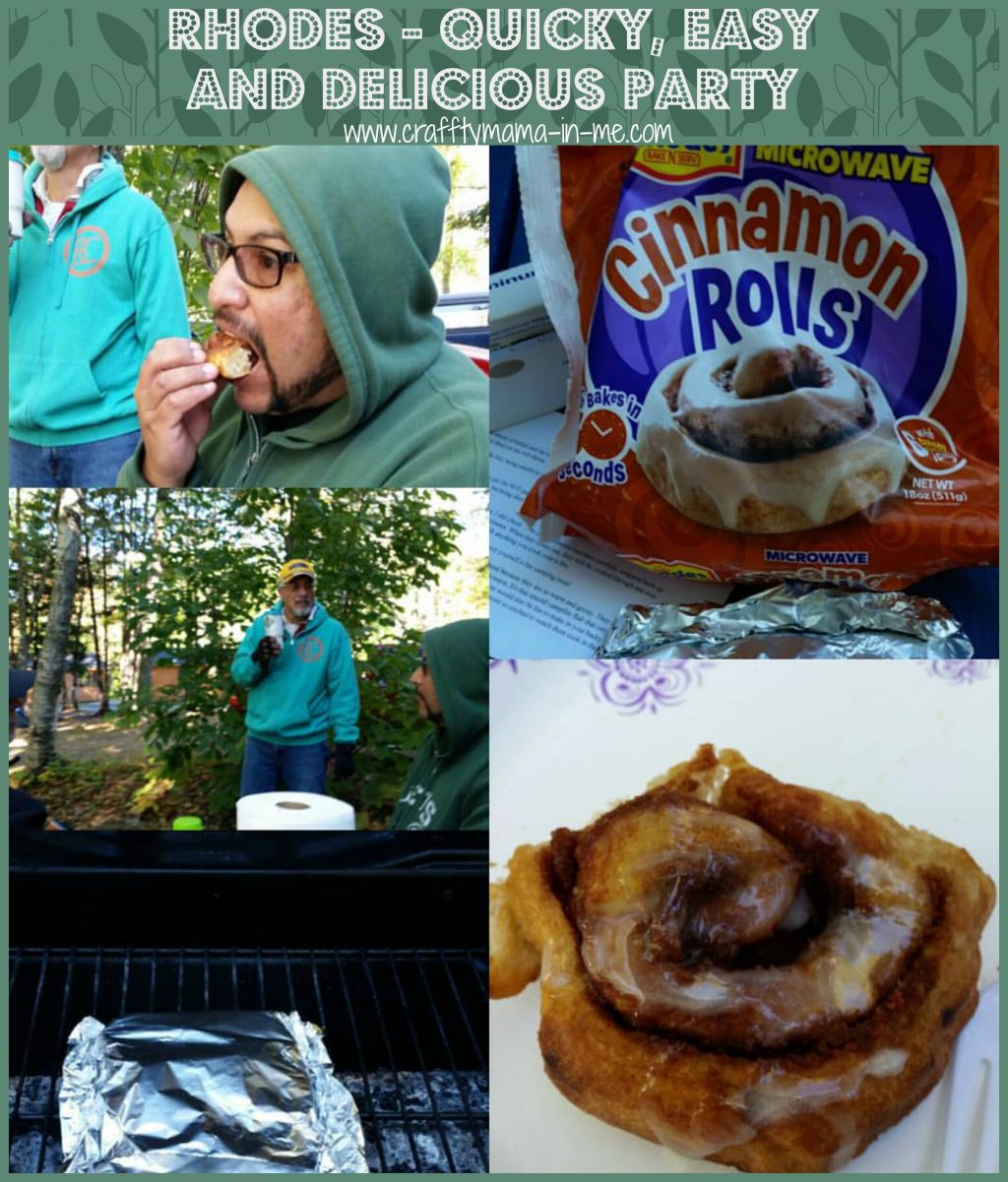 I was selected by Tryazon to host a Rhodes – Quick, Easy & Delicious Party.  I was excited and quickly realized that the weekend of the party was the weekend we were going to be away camping.  I questioned whether I should have the party or not and then found the following recipe: Campfire Cinnamon Rolls.

I figured if you could make cinnamon rolls while camping it would definitely impress people!  We had a gas grill so I used that instead of the campfire.  The oven mitt came in handy for flipping the cinnamon rolls!  Find the recipe below: